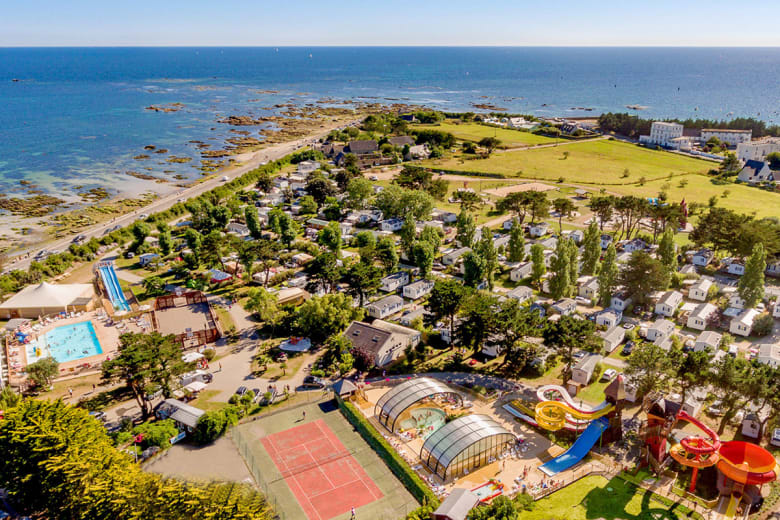 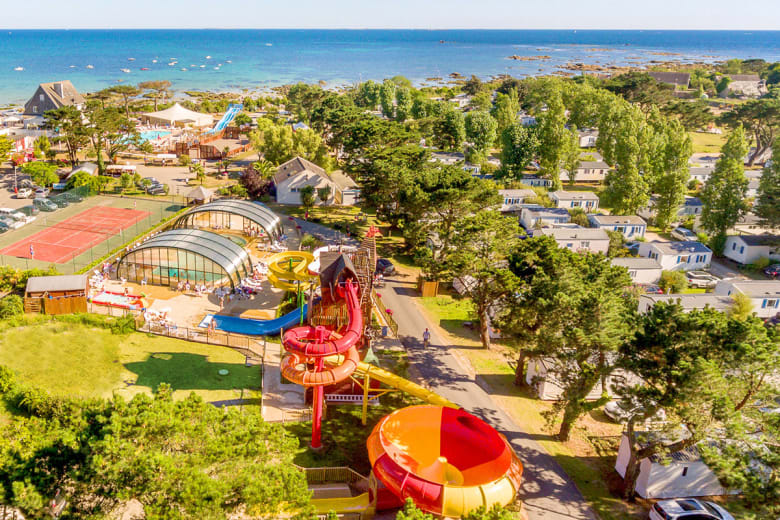 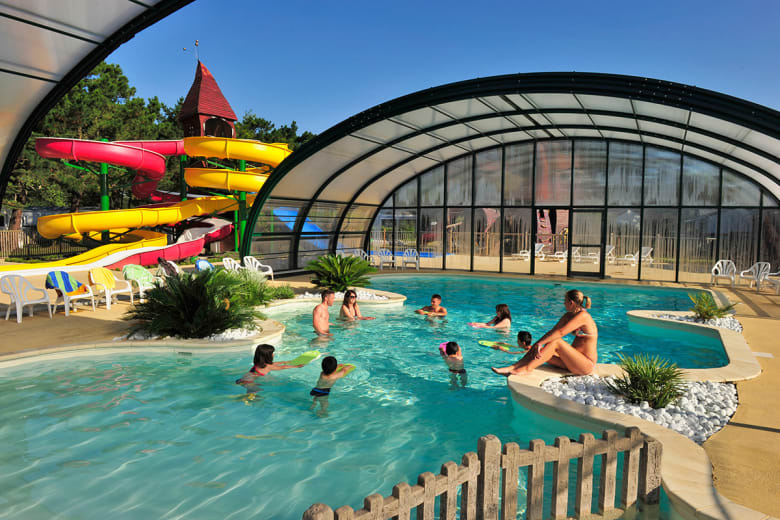 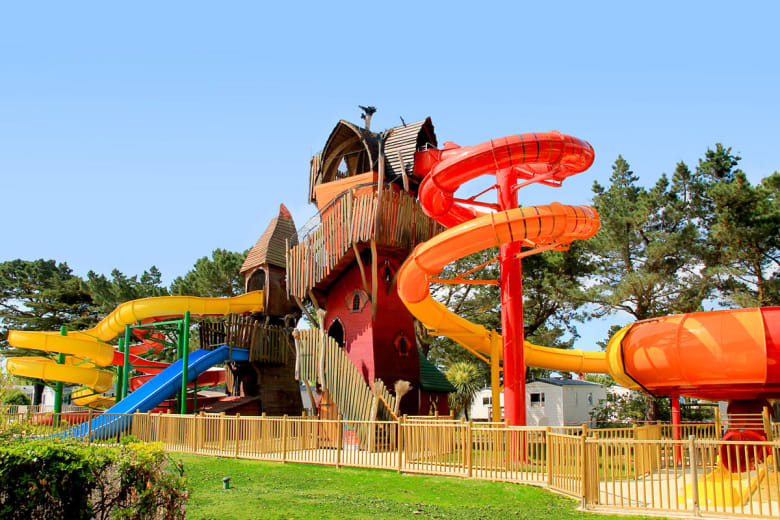 Take the leap by staying at camping Le Grand Large...

One of the most beautiful campsites of the Finistère is located in Fouesnant, in the South of the Department. By the sea, between Bénodet and Concarneau, on the point of Mousterlin, it faces the Glénan archipelago, a few nautical miles offshore (= large).

A campsite with an appropriate name

A campsite with an appropriate name Le Village Le Grand Large is a 4-star campsite that did not get its name by accident. Settled at the end of the point of Mousterlin, which belongs to the community of Fouesnant, in the South Finistère, this establishment is almost completely surrounded by the sea. To join it, you simply have to cross the beach to the other side! On the border, the shore becomes wilder and wilder, and the rocks seem to be the ideal place for fishing on foot at low tide.

Facing the campsite, at 10 nautical miles from the mainland, the Glénan archipelago, consisting of a dozen of Islands and rocky islets, is one of the most beautiful sights of the surrounding environment. Nicknamed the Tahiti of South Brittany, in reference to the clarity of the waters surrounding these islands, similar to a Polynesian lagoon, the Glénan archipelago participates in the attraction of Le Grand Large.

Hence in this unique natural setting, the campsite offers its pitches and holiday rentals, consisting of modern and comfortable mobile homes equipped with a covered terrace and enjoying, for the most part, a direct view over the ocean...

An exceptional campsite by the sea

Although the direct access to the beach and the exceptional accommodation can be considered as the strong points of the Le Grand Large campsite, it also has numerous others. Starting with its water park, or rather its water parks. There are indeed two swimming areas in this establishment: the first is a large heated outdoor pool with several small water slides. The other one, also heated, is covered and has larger water slides, to the delight of young and old.

Apart from these two water parks, Le Grand Large offers also many sports facilities including tennis courts. During the season, aquagym lessons and muscular awakening sessions are organised for the joy of the campers. The sea, very close to the campsite, allows tourists to practice various water sports such as kitesurfing or windsurfing. In the neighbourhood of the establishment we also find one of the finest golf courses in the region and a horse riding centre.

If some activities will occupy the youngest, the campsite also has a children's club and a youth club. They organise many activities and recreational or sports outings. After these busy days, Le Grand Large organises during the season evening events, making this family campsite even more attractive!

Staying at the Le Grand Large camping village is a unique opportunity to discover a region packed with treasures: the Pays Bigouden. The region of Cornouaille and the Bigouden Country are considered one of the cradles of nowadays Brittany and are Celtic land of first importance.

In the immediate vicinity of the camping, the seaside resort of the Fouesnant-Les Glénan is considered one of the most beautiful villages in the South Finistère. To the East, the medieval town of Concarneau resists since centuries against the waves from behind its high city walls. A few kilometres further, the small village of Pont-Aven is one of the most beautiful of its kind in Brittany. It hosted some of the greatest French painters including the famous Paul Gauguin. West of the campsite, the harbour of Bénodet is installed on the estuary of the river Odet, one of the most beautiful rivers of Brittany, crossing further North the mythical town of Quimper.

Finally, Fouesnant, Brest, l'Océanopolis, the peninsula of Crozon, Douarnenez, Carhaix and the Monts d'Arrée are not more than an hour's drive from the campsite.