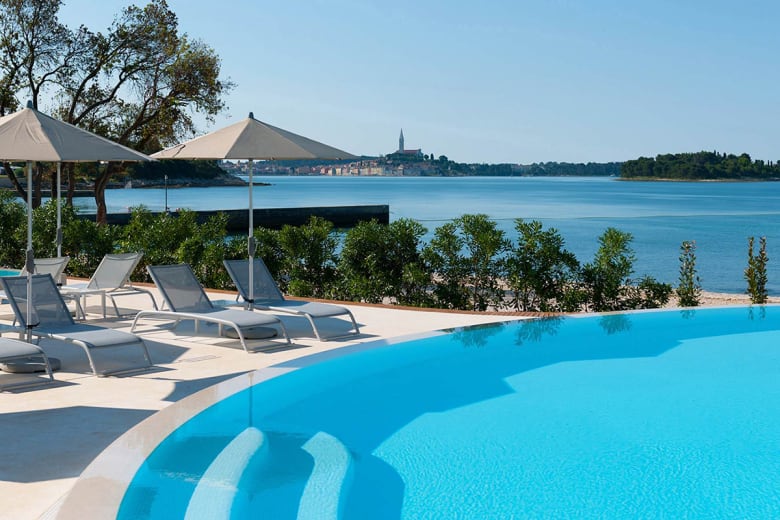 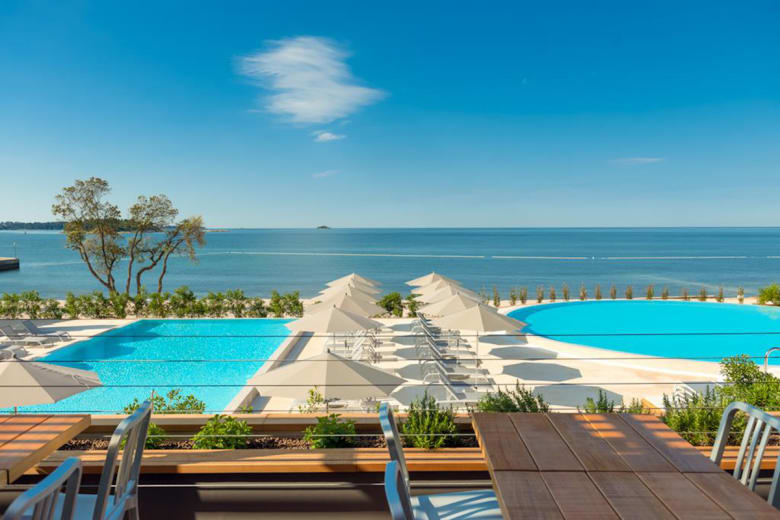 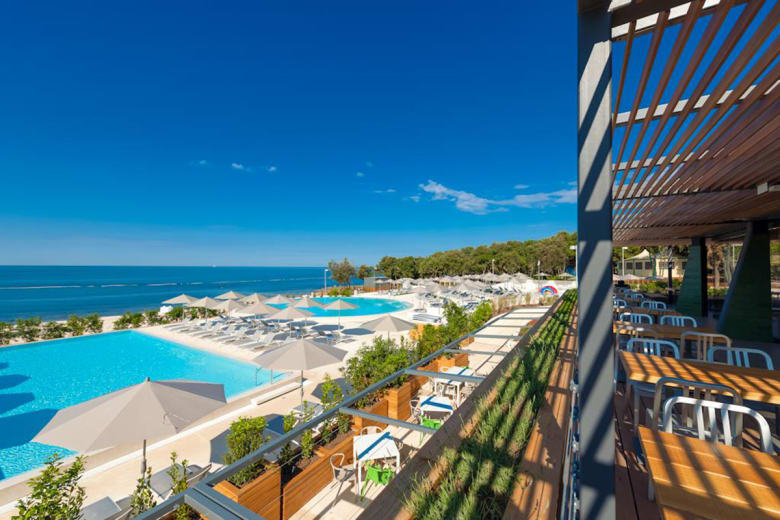 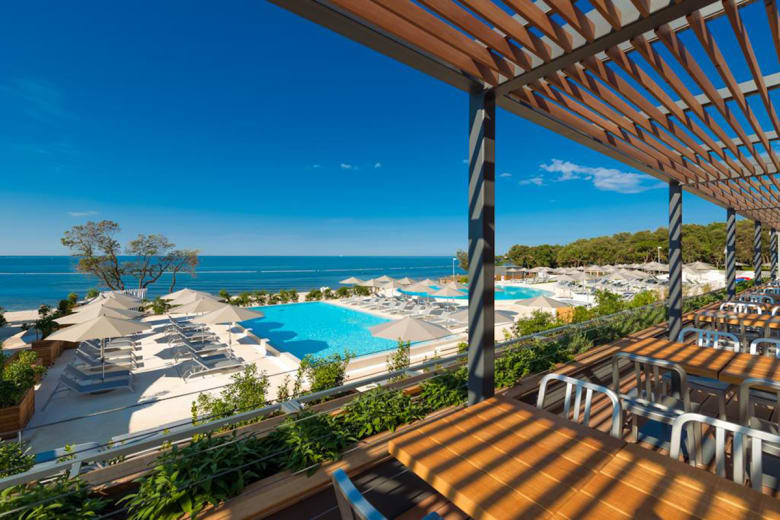 It is just a stone’s throw from Rovinj, which is known in Istria as “Croatian Little Venice”, that the Resort Amarin campsite is located. This establishment enjoys one of the most wonderful settings close to this popular tourist destination in Croatia, with direct access to the beach, as well as a multitude of sports and leisure facilities, for the greatest delight of holidaymakers who come to stay here.

A top-of-the-range campsite established to the north of Rovinj, in Istria, Resort Amarin is one the best open-air establishments in Croatia. The campsite located approximately 4 kilometres from this mythical city on the Adriatic Sea, is integrated into a larger tourist complex, including hotels and apartments, and situated by the sea, offering holidaymakers direct access to the seaside.

Resort Amarin can accommodate up to 2,000 holidaymakers coming from all four corners of Europe during the height of the season. Hence, the reception staff are multilingual and trained to meet the needs that such holidaymakers are likely to ask for during their stay in Croatia. These holidaymakers particularly enjoy the campsite’s green surroundings, in large part covered with pine trees and olive trees. The beach running alongside the campsite extends over more than a kilometre. You can put your towel on the sand and swim in the warm, crystal-clear waters of the Mediterranean Sea.

Even better, from the beach, the view offered over the old town of Rovinj is quite remarkable. An exceptional view for the most heavenly of stays! Resort Amarin has around 800 spacious pitches, enabling us to accommodate tents, caravans and campers, laid out on the 9 hectares of grounds.

Heaven opposite the Adriatic Sea

Opposite the Adriatic, the Amarin campsite has a multitude of quality shops and services to meet its holidaymakers' expectations. It starts with the supermarket where there are food and non-food products, such as beach items and summer clothes, the national and international newspaper and magazine kiosk, the Wi-Fi area, the hairdressing salon and the water taxi, which ensures the shuttle service between the campsite and Rovinj. There is also a massage parlour, a hire service for bicycles, pedalos, canoes and pleasure craft and other facilities.

This establishment also has a multitude of sports and recreational facilities, such as basketball courts, beach volleyball courts, 5-a-side football pitches and 6 tennis courts. There is also an area for playing boules, ping-pong tables, an archery range, a mini-golf course and even children’s play areas. A further leading facility of the Amarin Resort campsite is the water park, which is located right by the beach. It consists of 3 large pools, including one extending over nearly 220 m², the second over almost 118 m² and the third over 50 m². This is made up of a children’s paddling pool.

On-site, it is also possible to take part in nautical activities, such as surfboarding, jet skiing, water skiing, tubing and others… Moreover, holidaymakers can take part in numerous other activities on dry land, staying within the campsite, such as horse-riding, craft workshops and discovering traditions and regional gastronomy. There are also aquaerobics and fitness sessions, dance lessons and lively evenings owing to live concerts, magic shows and the teens’ disco…

This luxury campsite in Croatia, a member of the Maistra Camping chain, also has a children’s mini-club, open to those aged 4 to 12, as well as a teens’ club for those aged 12 to 18. Activities are on offer to them throughout the entire day and even in the evening as children can take part in the mini-disco, the mini-cabaret, the cartoon evening and others. At the same time, teenagers can join the disco set aside for them!

Rovinj is one of the most popular tourist destinations in Croatia. We should mention that the destination known as the “Croatian Little Venice” has the title of the most romantic city in the Mediterranean. The city was built upon a rocky outcrop on the west coast of Istria. It shared with its Italian counterpart the charm of being isolated, before being linked to the mainland in 1763.

The old town bears rich witness to the past, with buildings comprising medieval and baroque architecture, like the city hall and Balbi’s Arch, or even the cathedral, the Basilica of Saint Euphemia. Rovinj also houses a municipal aquarium, opened in 1891, making this one of the oldest in the Mediterranean Basin. Lastly, off Rovinj, more than ten or so islets shelter a remarkable fauna to discover, thanks to the coastal shuttles, during a stay at the Amarin campsite!