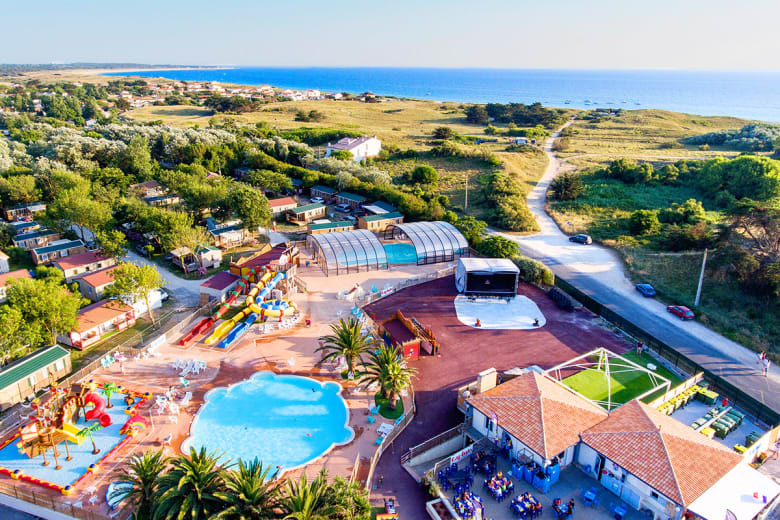 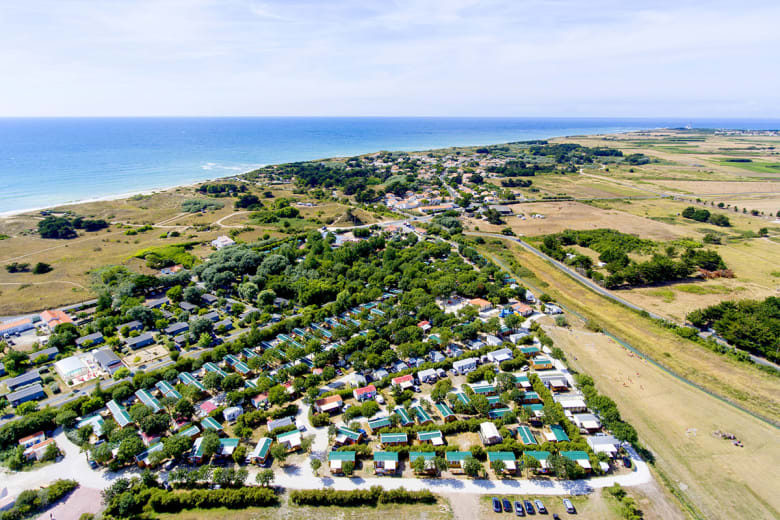 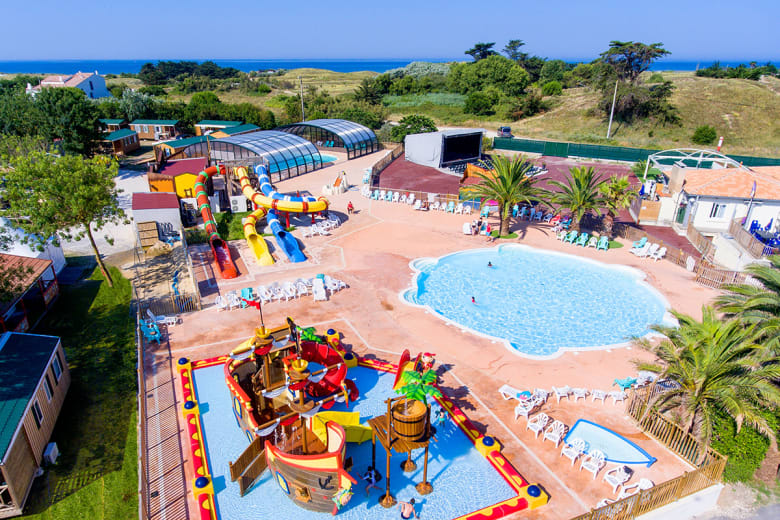 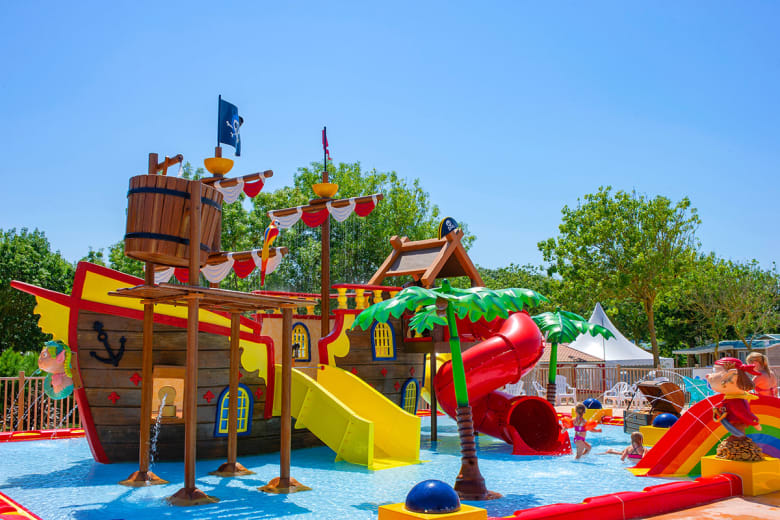 Les Huttes, a campsite bursting with charm on the Île d’Oléron

On the Ile d’Oléron island, the Les Huttes camping village welcomes you for a stay with all modern conveniences, 300 metres from the seaside and indeed a shingle beach. A family campsite par excellence, this organisation rated 4-star is a member of the Capfun chain, and entices you to come and spend amazing holidays in Saint-Denis-d’Oléron!

An ideal location 300 metres from the beach

This luxury campsite in Charente Maritime is located at the very heart of a wooded and green site, with the Lachenaud canal running alongside and located barely 300 metres from the Plage des Huttes (Les Huttes beach), from which it takes its name. The site thus enjoys an optimal geographical location, since it is located a stone's throw from former salt marshes, nowadays a habitat for a nature reserve.

The Plage des Huttes is situated on the north-west of the Île d’Oléron. Facing the Atlantic Ocean, this beach proves the most remote from the mainland. Indeed in the northern part of the island, the coast becomes wild and rocky until you reach the famous Chassiron lighthouse. Here swimming is supervised by lifeguards in summer, and it is one of the most vibrant surfing and kitesurfing spots in Oléron.

Around the campsite, you can find a sailing and surfing school, as well as a summer ranch for superb horse rides along the seashore, or on the paths which are dotted around the island, both inland and over its salt marshes. The centre of the village Saint-Denis-d’Oléron is 2.4 kilometres from Les Huttes. This is an excursion which can be done on foot in less than half an hour!

Lastly, respectively 13 and 24 kilometres from the campsite, are the towns of Saint Pierre d’Oléron, the island's main town, and Le Château d’Oléron. The latter's fortress constructed between the 16th and 17th centuries is one of the major tourist attractions in the Charente Maritime department.

A dream aquatic park for families

By staying at Les Huttes, you will have the opportunity to discover one of the most beautiful campsites in Oléron. This outdoor establishment indeed has a multitude of attractions to appeal to you. There are various types of holiday hire with assured comfort and quality equipment awaiting you, such as the mobile homes within the Top Presta range, which are equipped with air conditioning, a dishwasher and a television.

On-site, make the most of a multitude of services. Every season, for example a restaurant opens there from 5th April through to the 29th September. In addition there is a bar and a takeaway service. Once a week, during the season, there is a market at the very heart of the campsite. The latter is packed with fresh and regional produce, summer clothes, jewellery and other similar items. Moreover, there is a launderette as well as a bicycle hire service, complementing the range of services at the Les Huttes campsite.

Oléron and its treasures

Various activities and entertainments are, moreover, organised by the campsite's team to entertain holidaymakers. Intended for children and adults alike, these take place both during the day and in the evening. Moreover, there are two mini-clubs which are open in July and August. The Clapou club accommodates those aged 4 to 12 years for five days a week, whilst the Nobodys club allows teenagers aged 13 to 17 to have fun together three times a week.

Regarding leisure facilities, this 4-star Oléron campsite has a pétanque court, ping-pong tables, a children's play area, as well as an inflatable game. There is also a magnificent entirely heated aquatic park available, equipped with a delightful outdoor swimming pool with a children’s paddling pool, a completely new indoor pool and a water slide, which is also totally new - indeed it is a Racer triple slide!

During your stay at Les Huttes, you can therefore take advantage of the pleasures of camping, the beach and the seaside, but also go out to discover the must-see treasures of Oléron and the Charente Maritime. Amongst the latter are the fortress of Château-d’Oléron, which we have already mentioned, a visit to the oyster beds in Marennes, the La Palmyre Zoo (an established pine forest zoo) and the old city of La Rochelle, exploring the town of Rochefort, Fort Boyard or Fort Louvois (the latter two being fortifications) and other local must-sees. These are some of the most popular attractions amongst holidaymakers intrigued to see them.