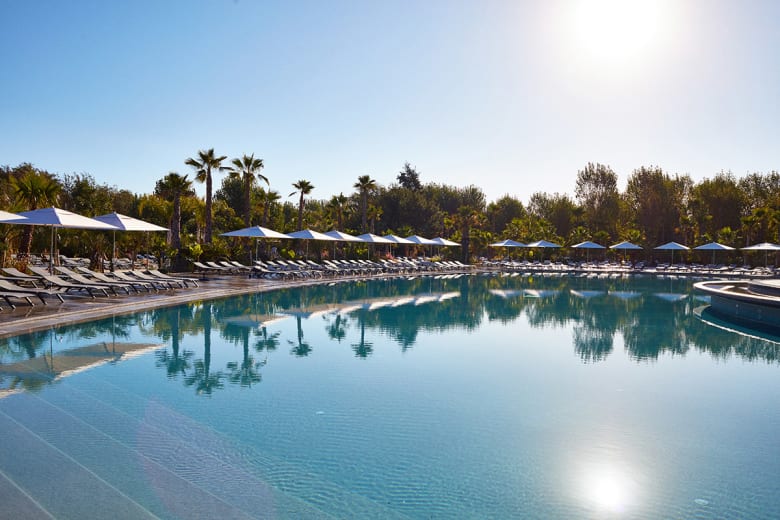 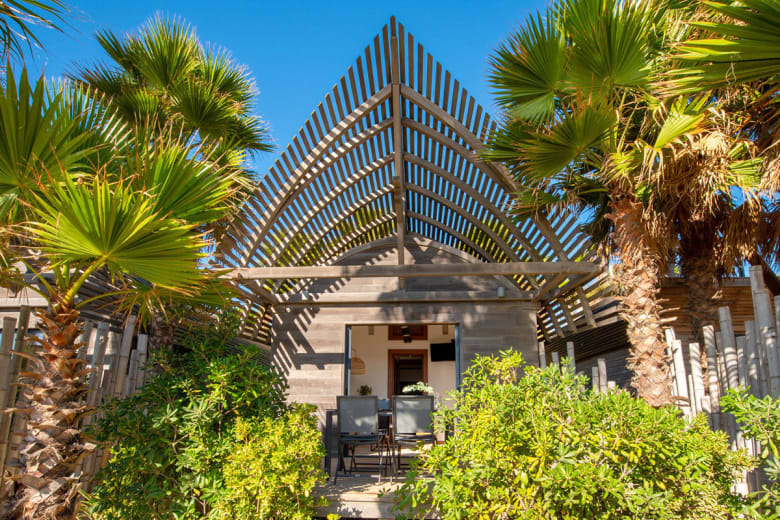 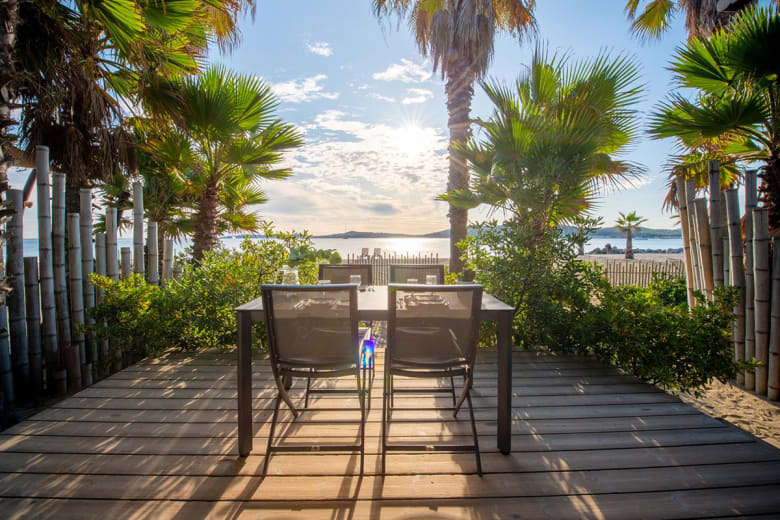 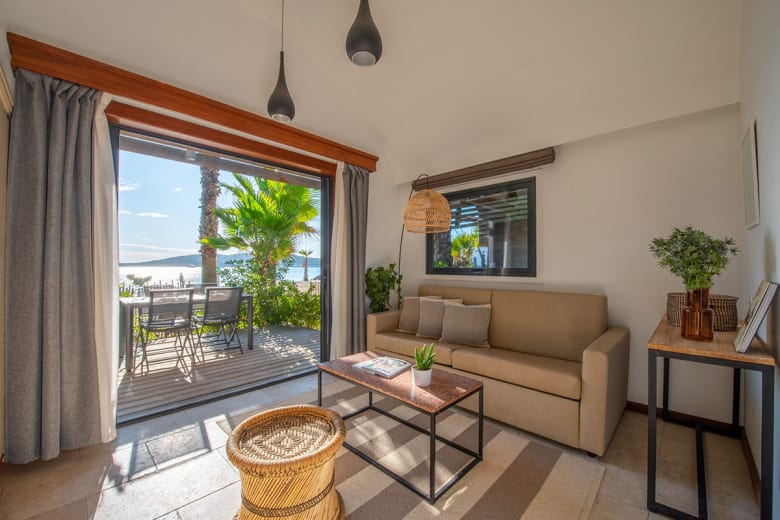 Riviera Villages, with three campsites around the Bay of Saint Tropez, among the most luxury establishments in the region, is a brand that counts in the French high-end camping and caravanning industry. To be convinced of this, no doubt a stay in Port-Grimaud, on the 5-star outdoor establishment Les Prairies de la Mer, one of its three jewels by the sea will do nicely...

The must for camping in the Gulf of Saint-Tropez

It is at the heart of a wooded park, itself superbly landscaped, of around 30 hectares, that Les Prairies de la Mer, one of the most beautiful campsites in the Var, is located. More than an outdoor campsite, this establishment can be defined as a holiday village, a "Resort" by the sea, enjoying direct access to the beach, and equipped with amongst the most luxury rental accommodation on the market.

Just a stone’s throw from the centre of Port-Grimaud, a lagoon village, it takes easily just a few minutes on foot for residents to get there. Les Prairies de la Mer features approximately 1,500 pitches in its grounds, of which 90% are occupied by high-end accommodation. The remaining 10% are pitches for 'real' camping and on these surfaces of 80 m² you can install a caravan or a camper. They are by the way all equipped with a connection to the electricity grid.

As for the rentals, which represent a very large part of the offer of les Prairies de la Mer, they are mostly implanted closer to the beach. Some of them even have an open terrace to the beach, enjoying idyllic views of the Mediterranean Sea and the Gulf of Saint Tropez.

Modern and comfortable, the lodges promise varying degrees of out of the ordinary, offering residents staying here one of the most exotic experiences, with one of the most significant changes of scene in Port-Grimaud. Amongst these, we can mention the "Farés Lodges", Polynesian straw lodges, laid out in a Premium area marked out by rivers and artificial lagoons, or even the “Roka Lodges”, even more luxurious than the aforementioned accommodation, and a clever combination of high-quality materials and state-of-the-art facilities located right on the sand...

Holidaymakers residing on this 5-star resort in the Var have no less than 5 restaurants and a snack bar on hand for something to eat.

The "Canopy Skybar" is aptly named, caressing the surrounding treetops. This bar overlooks the beach and enjoys unobstructed views over the Gulf of Saint-Tropez.

The "Long Bar", located more in the centre of the campsite, hosts shows and broadcasts major events and other summer concerts planned on Les Prairies de la Mer.

The three restaurants, the “Sun”, the “Tangerine” and “Les Pieds dans l'Eau”, can be found on the private beach of this outdoor establishment in Saint-Tropez.

Like a real village on the Côte d'Azur, we find on this establishment, in addition to its restaurants, various shops and stores performing a valuable service for holidaymakers; a grocery, a shop selling beach items and a hairdresser’s.

Les Prairies de la Mer has a magnificent heated swimming pool with 2 pools, a sandy beach and a palm grove, plenty to experience genuine times of delight as a family. A unique location, where residents come to unwind and relax...

And for a well-being holiday, what better than a visit to the outdoor Spa, equipped with a Jacuzzi, a steam room, a sauna and a lap pool, which offers a wide menu of relaxation rituals and other treatments.

For the very young, particular attention has been given to various facilities, such as playgrounds, an educational farm and a mini-fun fair. Children’s and teenagers’ clubs are open in July/August. They offer a large selection of cultural, exploring and even nautical activities!

For an unforgettable holiday in Port Grimaud

With its private beach, its high-end accommodation and quality facilities, this holiday village is one of the best-known locations in Port Grimaud. Nicknamed the Provençal Venice because of its many canals and marina, this lakeside city is also one of the oldest villages in the massif of the Maures. Since 2002 classified as heritage of the 20th century, Port Grimaud is nowadays a beach resort on the Côte d'Azur where tourist activities proliferate and where life is good.

The beach bordering les Prairies de la Mer welcomes for example a nautical base and a diving school, offering tourists the opportunity to discover one of the fourteen shipwrecks that litter the depths of the Bay of Saint Topez.

Around Port Grimaud, the tourist sights are also plentiful. From the coastal seaside resorts, such as Saint-Tropez, Saint-Raphaël, Ramatuelle and Saint-Maxime, to the charming villages lost in the mountains of Provence, tourists are spoilt for choice for excursions.