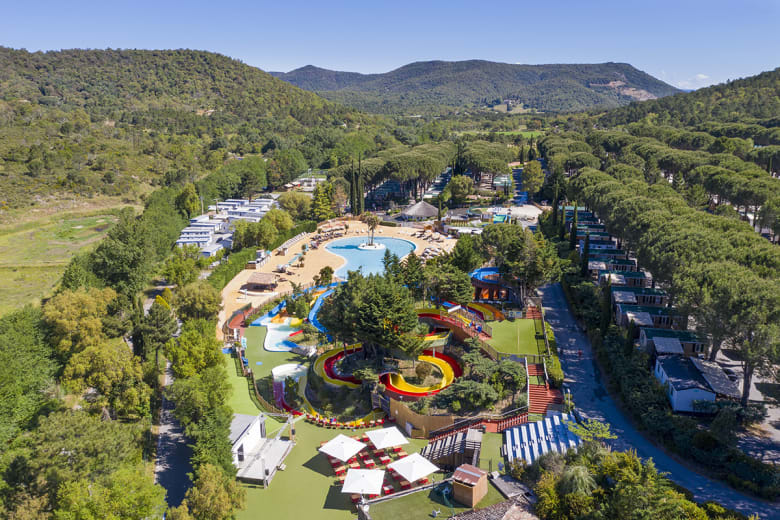 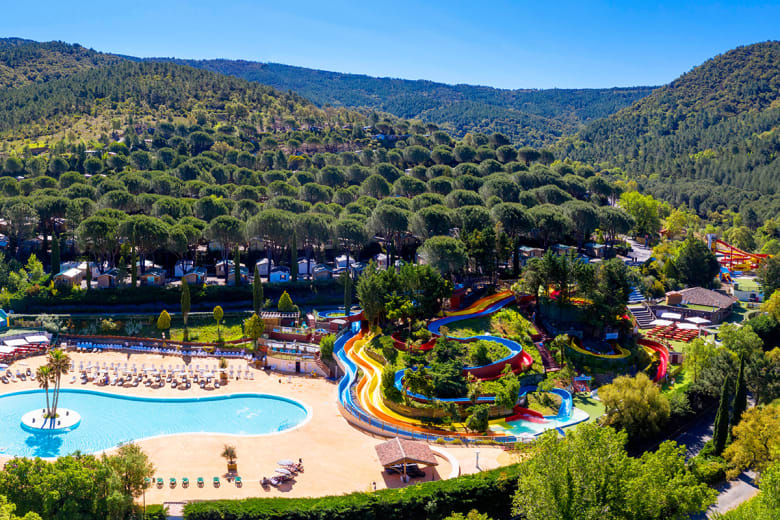 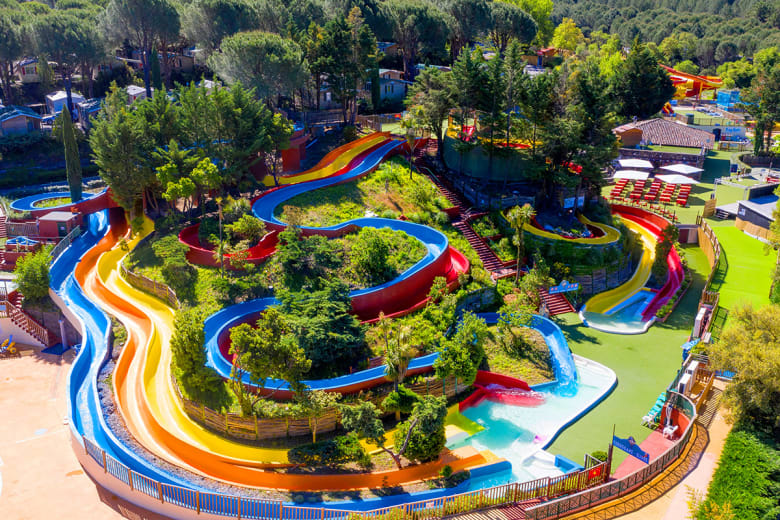 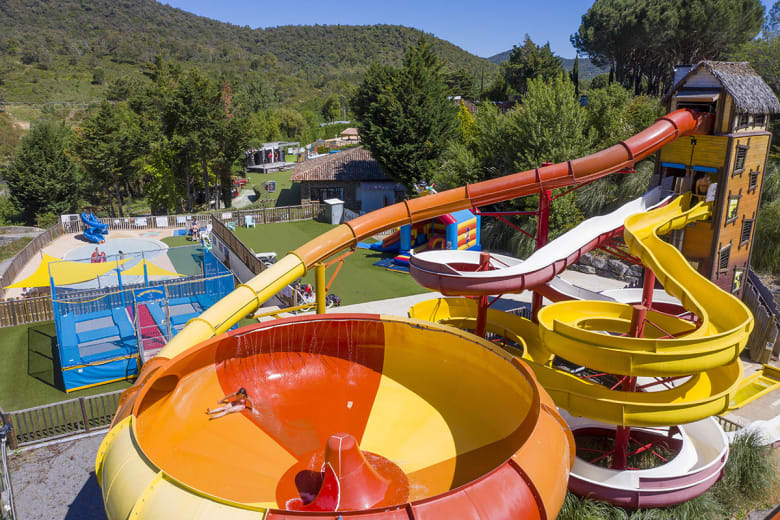 Le Pachacaïd, a luxury campsite at the foot of the Massif des Maures

At the foot of the Massif des Maures, within the village of La Môle, we find one of the most incredible campsites on the Côte d’Azur. The Pachacaïd campsite, an open-air hotel, is rated 4-star and a member of the Capfun group. With its aquatic park and its geographical situation, the Pachacaïd campsite is a leading holiday spot in the Var department.

Between the sea and the mountains, a top-of-the-range campsite in the Var department

Nestled on the slopes of a hill in the Massif des Maures (an ancient mountain range), the Le Pachacaïd campsite enjoys a highly idyllic location. Just a stone's throw from the village, La Môle, the campsite is indeed 17 kilometres from Saint-Tropez and its heavenly bay. The seaside is barely a dozen or so kilometres away. Surrounded by greenery and with a peaceful stream running alongside, this campsite is a haven of peace, close to the most vibrant tourist sites of the French Riviera!

In an atmosphere which oozes sunshine and holidays, the site in which this luxury Var campsite is located stretches over roughly fifty hectares of a magnificent umbrella pine forest. On-site there is a large choice of holiday hire accommodation available. Depending upon their layout, these comfortable mobile homes can accommodate between 2 to 12 people. Amongst the most luxurious, the accommodation with the Top Presta service level is equipped with air conditioning, a dishwasher and a television.

Furthermore each mobile home is shaded by trees and shrubs, and each mobile home's terraces are covered by a bamboo arbour. So that you can better make the most of open-air life, there is also a garden furniture set and the peacefulness which descends across the site, other than the song of the cicadas, encourages peace and quiet and idleness.

Thrill-seeking in the aquatic park!

This top-of-the-range La Môle campsite also has numerous shops, services and leisure facilities available, so as to make your holiday in the Massif des Maures unforgettable. There is thus a restaurant, a snack bar, a takeaway service, a bar, a launderette and a grocery on-site.

Amongst the leisure facilities, which will not fail to provide you with complete satisfaction during your stay, the aquatic park is the most impressive. It consists of a large outdoor heated pool, a paddling pool, a children's splash pad, a spa bath in which to relax, and no less than ten water slides!

Attention thrill-seekers! The Le Pachacaïd aquatic area is, no doubt, meant for you. Its ten water slides are perfectly integrated within the complex and the surrounding countryside. Moreover there is, amongst the latter, the incredible Spacebowl which allows daredevils to fill up on adrenaline by being projected at high speed within a tubular water slide several dozen metres long, before landing in a giant spinning top…

A magic stay a stone’s throw from Saint Tropez

A family campsite par excellence, Le Pachacaïd also has numerous facilities so as to appeal to younger age groups. On the campsite, there is a games room, an outside play area, a bouncy castle, a multi-sports ground, a pétanque ground, a cinema, ping-pong tables, a football ground and other facilities.

During the high season, there are no less than four mini-clubs open; the Clapou club thus welcomes those aged 4 to 6 years, the Politicator club those aged 7 to 10 years, the Dragonicums club those aged 11 to 14 years and the Nobodys club those aged 15 to 18 years. There are also sports tournaments, play activities, fancy dress and other activities. Each week there is a programme, as varied as it is entertaining, offered to young holidaymakers, at the Le Pachacaïd campsite.

In the evenings, everyone meets in front of the campsite's main stage. There are numerous forms of entertainment awaiting you, from the evening show to the concert including karaoke or even an evening of magic.

Lastly, make the most of your stay at La Môle to go out and discover the Var coastline and the Massif des Maures. Between the renowned Côtes de Provence vineyards and the seaside villages such as Saint Tropez, La Croix Valmer, Gassin, Rayol Canadel sur Mer, Cogolin, Ramatuelle or even Port Grimaud, nicknamed “Provence's Venice”, there is in no way a shortage of attractions and tourist sights around the Le Pachacaïd campsite!