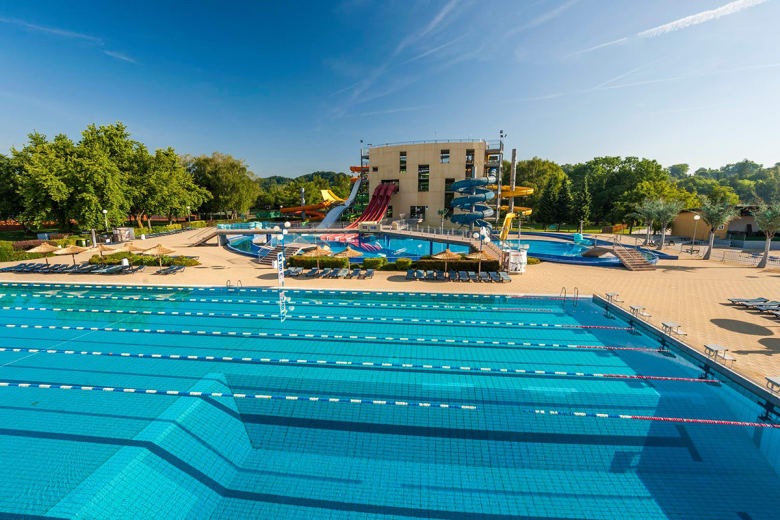 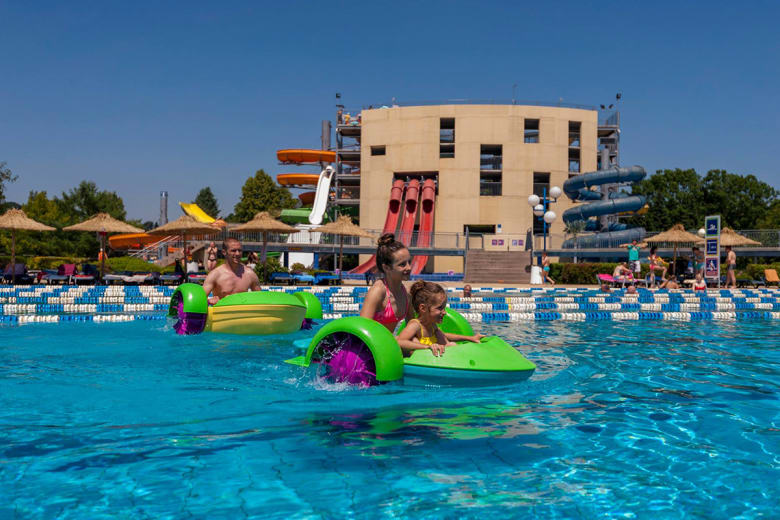 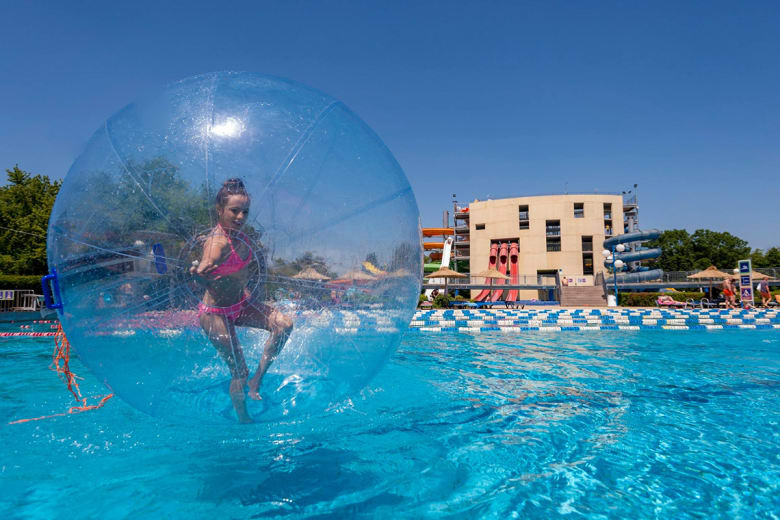 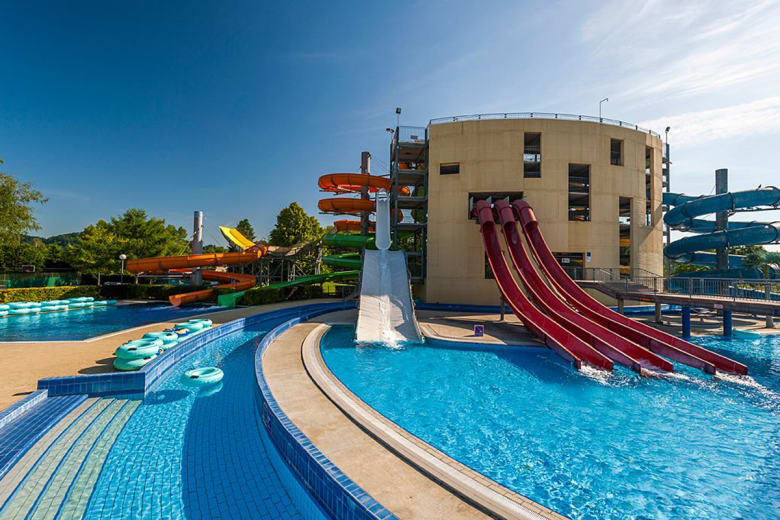 Located south of Maribor, within the north-east of Slovenia, in the immediate vicinity of the city and Lake Ptuj, the Terme Ptuj campsite is integrated into one of the most luxurious resorts in the country. A well-being and holiday temple, this establishment rated 4-star accommodates a multitude of tourists, local and international in equal measure, for a stay which takes place in a relaxing and entertaining atmosphere.

In Lower Styria, on the banks of the Drava - one of the largest tributaries of the Danube, the town of Ptuj was originally one of Slovenia’s oldest cities. With a little over 23,000 inhabitants, Ptuj is a dynamic town. It accommodates the numerous cultural events throughout the year including the most famous which is, without doubt, the Koranti Carnival. Over several days, the Koranti, disguised individuals covered with sheepskin, cut across the town’s major roads to drive away the winter and bring on the spring’s return.

Full of history, Ptuj has an impressive château dominating the lower town, the Drava valley and Lake Ptuj so as to attract tourists. Upon a surreptitious flying visit or even instead having a longer stay such tourists can, if they wish, stop at the Terme Ptuj campsite. A campsite rated 4-star, a member of the hotel and tourist chain Sava Hotels & Resort, including services which have no equivalent in the Balkans.

The tourist complex of Terme Ptuj is located a little outside of the town. Established on the southern bank of the Drava, it comprises, in addition to the campsite, a hotel as well as a superb aquatic park and sports facilities, including a golf course. As its name indicates, Terme Ptuj also has thermal spas, the origins of which go back to the Roman occupation. The waters of Lake Ptuj are renowned for their quality and health benefits.

The Terme Ptuj campsite enjoys one of the most delightful settings, with the river water flowing below the campsite, space and a multitude of trees which are dotted across the park. Naturally there are a multitude of pitches for tents, caravans and camper vans, but also an extensive choice of mobile homes, chalets and even out-of-the-ordinary wine barrels, fitted out so that a family can stay in them entirely in comfort!

The setting is ideal for family holidays. A multitude of games and sports facilities are available for complex residents. The mascot of the Terme Ptuj complex, the Roman General Primu, is on hand to amuse children. A multitude of activities are on offer for them around the theme of the Roman Empire, such as the workshop for making mosaics, mastery of the sword (made of plastic, of course!), and other activities.

Better still to have fun and enjoy yourselves as a family, there is nothing better than a trip to the Terme Ptuj aquatic park. Although this is open to the public, resident holidaymakers at the campsite enjoy special prices, which are subject to variation, dependent upon the duration of the stay and the number of people.

A unique aquatic park in Slovenia

The aquatic park of the Terme Ptuj campsite is, no doubt, one of the most impressive in Slovenia. There is a multitude of pools and swimming pools, but also an artificial river, as well as a huge structure from which several water slides leave. Thrill seekers will find something for them, as will the very young who can enjoy paddling pools and other splash pads to make the most of water-based fun.

As with its aquatic park, Terme Ptuj can boast offering its holidaymakers the opportunity to make the most of one one of the loveliest spas in the country. The thermal water comes from a source located at a depth of 1,100 metres and spouts up to the surface at a temperature of 56°C. It is used to supply the pools of the aquatic area but also, and obviously, those of the spa swimming pools.

Besides the numerous pools, the spa also includes treatment and massage cabins and indeed Jacuzzis. Plenty to enable you to spend an unforgettable holiday in Slovenia, to rest, unwind and feel good, either as a family or with friends!