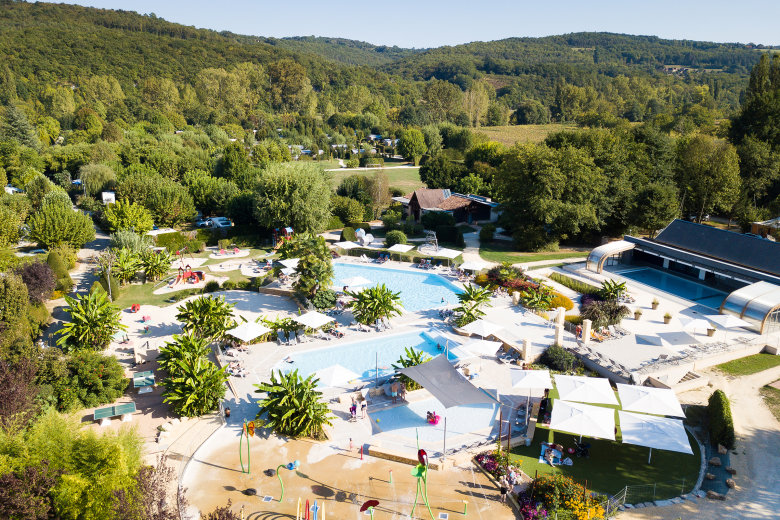 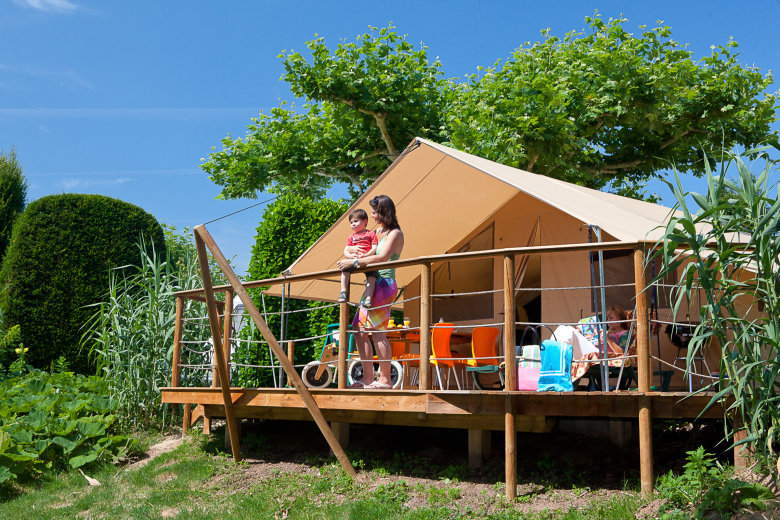 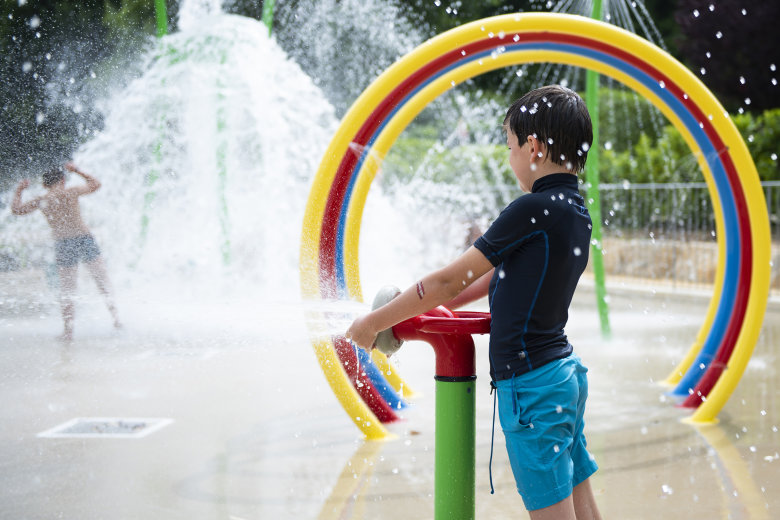 A holiday in paradise by the water!

5-star Camping Le Paradis lies between Périgueux, Brive la Gaillarde and Sarlat la Canéda. Settled on the banks of the Vézère, an affluent of the Dordogne River, in the community of Saint-Léon-sur-Vézère, this campsite is a real little... paradise in Perigord!

From luxury to Paradise (with the Le Paradis campsite)

The Le Paradis campsite appears to have been named intentionally. Real green Eden, this 7-acres establishment has been developed along the Vézère, one of the most beautiful rivers of Dordogne, natural and wild. Moreover, a pontoon has been especially laid out on the bank, so that campers can put their canoe in the water and go down the river in a relaxed way...

As green as the Dordogne can be, campsite le Paradis attaches great importance to the environment and its protection. As evidence of this, there are in excess of 150 plant species which dot the property and delimit the 200 pitches on-site. When we relate this figure to the surface of the campsite, we understand quickly that it is a family campsite, where space is the most important feature.

Although a large part of the pitches are intended to accommodate tents, caravans and campers, others are nowadays occupied by magnificent holiday rentals. Apart from the traditional mobile homes, the Le Paradis campsite offers you luxury accommodation, such as the Premium Taos Cottages or the Explorer Lodges, both unusual and luxurious, with their wooden terraces on stilts...Since 2015, 3 new high-end dwellings, which are remote and spacious, have complemented the quality offering of this 5-star campsite in the Dordogne.

A stay in peace in the middle of nowhere

Wishing to offer its guests quality peaceful stays, in the middle of nowhere in the Périgord, Le Paradis strives to respect many environmental criteria. Hence why it holds the “Clef Verte” environmental label and the EU "Ecolabel” certification, two awards rewarding its actions in protecting the environment.

If the scenery in which this campsite is settled is conducive to rest and relaxation, it does not mean that there is a danger of getting bored! Le Paradis has a beautiful water park allowing residents to swim and have fun in the water and to get suntanned. To do so, the water park is equipped with 2 large swimming pools, a paddling pool, a large sunbathing area and an indoor swimming pool with a spa and wellness area, to make the most of the swimming pool, without worrying about the spring coolness.

Le Paradis also makes available to tourists a children’s playground with swings, slides and a sandpit, and a multi-sports ground, a football field and a tennis court. To escape and make the most of the surrounding countryside, mountain bike, hybrid bike and electric mountain bike hire is also available…

The Vézère valley, one of the loveliest valleys in the Dordogne

Taking advantage of the geographical location of Le Paradis, situated on the banks of the Vézère, campers can go down the river by canoe or kayak and discover one of the most beautiful valleys in the Dordogne, moreover classified as a UNESCO world heritage site.

It must be said that the Vézère Valley, winding through limestone cliffs that helped it shape, regroups some of the finest prehistoric sites in Europe, fabulous testimonials of human occupation of the premises more than 400,000 years ago!

So we find many caves and other troglodyte cavities in the cliffs that run along the Vézère, the most famous of them being obviously the cave of Lascaux, only 15 kilometres away from the campsite. A faithful reconstruction of this cave is open to the public, so as not to damage any further the prehistoric paintings of Lascaux.

Although the Vézère valley is a Mecca for prehistory, it also has many other charms. Amongst them are numerous castles, walled towns, fortresses and fortified houses, such that the Périgord has hundreds of them across its extent...