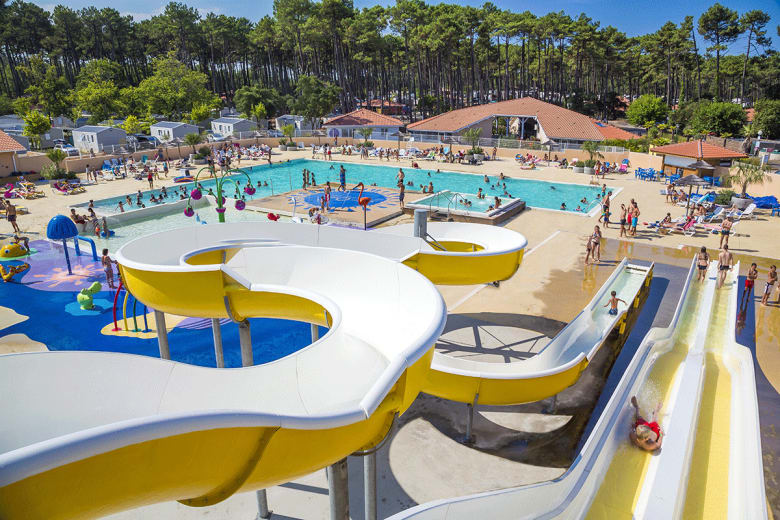 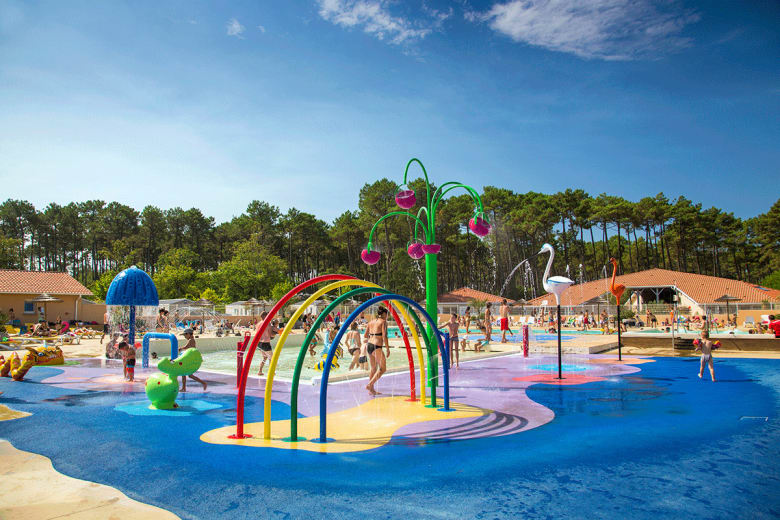 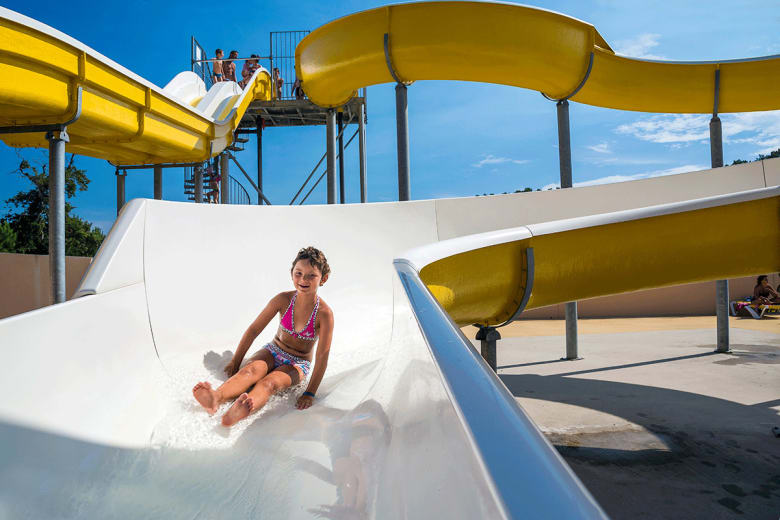 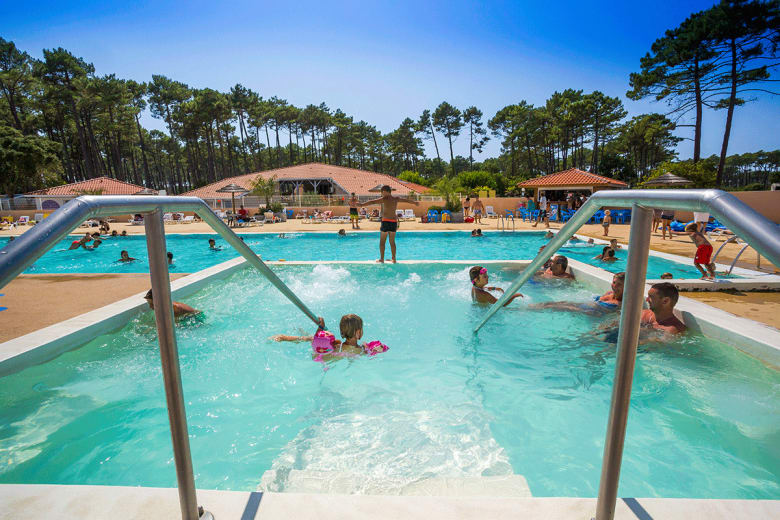 A stone’s throw from the Plage de Casernes, nestled within the Forêt de Seignosse (Seignosse Forest), in the Landes département, we find the Les Oyats campsite. Flagship of the family campsite group of Grand Sud this establishment, which is rated 4-star, offers its holidaymakers perfect holiday conditions and the guarantee of a successful stay on the Côte d’Argent (Silver Coast)!

The Les Oyats campsite is amongst the loveliest and largest campsites in the Landes département. Hardly 500 metres from the Plage de Casernes, in the commune of Seignosse, this establishment sits within a delightfully maintained and laid out 17-hectare pine forest. The mobile homes and other camping pitches are thus ideally spread out, allowing holidaymakers the opportunity to breathe and completely relax.

Under the pine trees, you can enjoy the shade and pleasant temperatures. Lovers of traditional camping can thus set up their tent or their caravan on spacious plots. Those seeking superior levels of comfort have a wide choice of holiday accommodation at Les Oyats. On-site, there are thus the mobile homes, and the more out of the ordinary Natur’house and Safari Lodge ranges. In addition from 2016 the site has had the Cottages Premium (Premium Cottages) range which could not be more luxurious, each such unit having a superbly equipped terrace and private whirlpool bath.

Once settled in, holidaymakers on this 4-star Seignosse campsite can take advantage of a multitude of shops and services available to them. The campsite team is on hand to answer all questions and to quickly resolve the slightest problems which might arise.

This campsite boasts the best-in-class services and aquatic park!

Open from 15 May to 15 September, the mini-market and the bar/snack-bar/restaurant on Les Oyats, for example, enable holidaymakers to want for nothing and to take advantage of a warm and convivial atmosphere around a nice meal and a cold drink. In July and August, a bike hire service, as well as a surf school is open. It is thus possible to become initiated in the sport, take part in lessons, as well as simply hiring equipment.

Amongst the other services at Les Oyats, there is also a launderette as well as Wi-Fi coverage across the entire campsite. Lastly, in the high season, a well-being area accommodates those wishing to treat themselves to a relaxing interlude and to all forms of relaxation generally. This space is comprises a steam room, a sauna, a spa, as well as two treatment rooms. Body and face treatment, body firming, toning, shaping and deep muscle relaxation and massage, are all lavished upon you by expert and professional hands.

Although there are a multitude of services within this top-of-the-range campsite on the Côte d’Argent, its leisure facilities are equally so. Les Oyats for example has a tennis court, a multi-sports ground, a beach volleyball court, an area for playing boules, a gym, ping-pong tables, crazy-golf, a children’s play area, inflatable play structures and other similar equipment.

A stone’s throw from Hossegor, Capbreton, Bayonne and Biarritz

Apart from its leisure facilities, the aquatic park is a resounding success with lovers of swimming, aquatic games and indeed idleness. With its 700 m² of pools including a paddling pool for children, a splashpad for the little ones, but also water slides, a whirlpool bath and numerous sunbeds to bask in the sun, the aquatic area proves to be the real heart of the campsite!

Moreover, in the high season, residents can participate in a multitude of activities and entertainment, such as muscle toning, aquaerobics and stretching sessions, pétanque tournaments, introductory stilt-walking classes, Cuban dancing and other activities.

The children’s club offers creative workshops, production of shows and walks and other activities for those aged 4 to 12. Finally, other activities such as tournaments are organised to enable teenagers to meet and to amuse them. During the evening, everyone meets up to share good times, and take part in dances, karaoke and concerts.