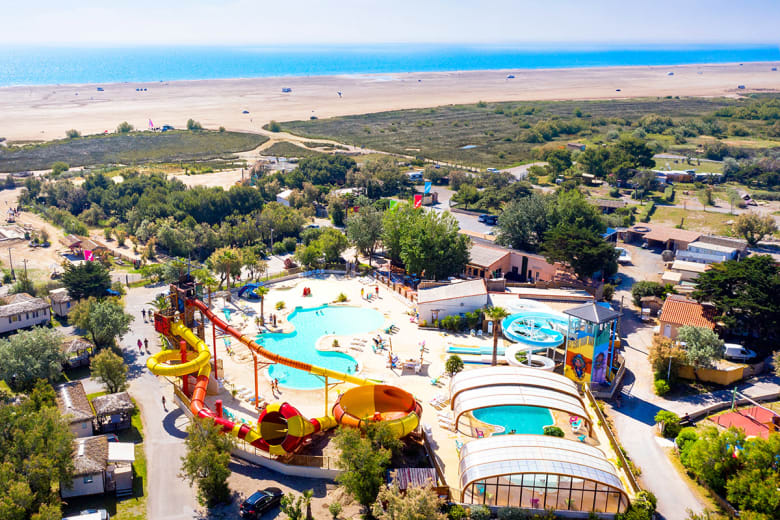 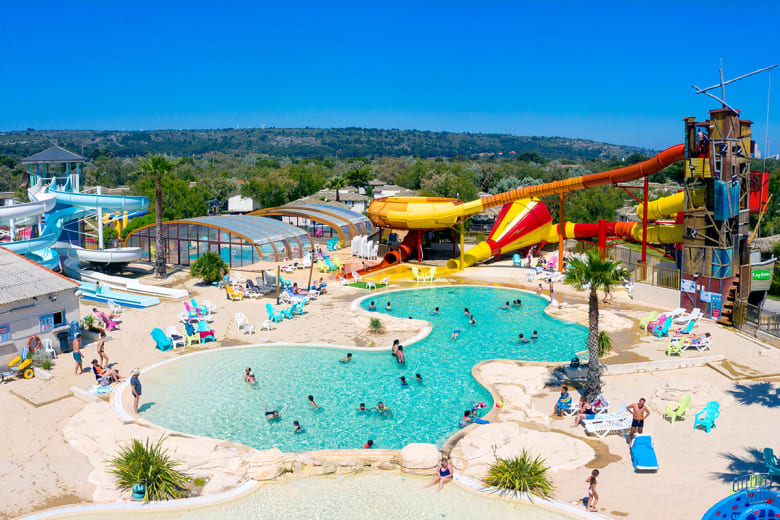 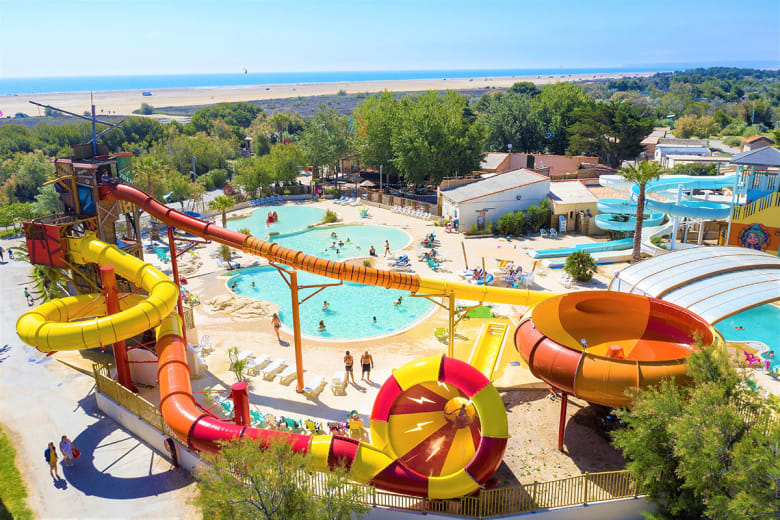 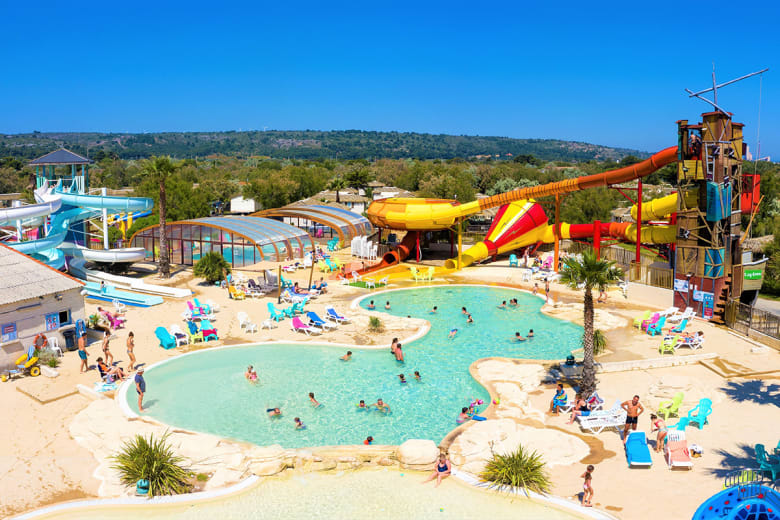 The Côte Vermeille, a luxury campsite in Port-la-Nouvelle

The 4-star Côte Vermeille campsite is located in Port-la-Nouvelle, between the seaside resorts of Leucate and Gruissan, around thirty kilometres south of Narbonne, in the Aude department. A member of the Capfun group, this campsite enjoys numerous benefits in a position to appeal to holidaymakers, starting with its seaside location and being 250 metres from the beach!

At the gateway to the Pays Cathare (“the Cathar countryside”), within the Narbonne area, the famous and dynamic seaside resort, Port-la-Nouvelle, accommodates one of the most top-of-the-range campsites in the department. This establishment, the Côte Vermeille campsite, is a property of 8 hectares by the sea, enjoying direct access to the Plage des Montilles beach. Absolutely wild, the latter extends over several kilometres up to the Les Coussoules beach in Leucate, known by the name La Franqui.

The campsite has 300 pitches, the majority of which are occupied by mobile homes and other holiday rentals. Amongst these, the rentals in the Top Presta range enable guests to enjoy air conditioning, a dishwasher and a television.

Moreover, for glamping holiday enthusiasts, we at this luxury campsite in Port-la-Nouvelle have thought of everything, since it is also possible to reserve your stay in a superb Cabane Robinson (Robinson cabin). This unusual accommodation is laid on stilts and offers its occupants, from its terrace, a superb view of both the Mediterranean and the Gulf of Lion.

A dream aquatic complex by the sea

The number one asset of the Côte Vermeille campsite no doubt has to be its aquatic area. In a unique complex of its kind in Port-la-Nouvelle it is a genuine temple to aquatic pleasures. Here swimmers can take advantage of a large heated indoor swimming pool, a 400 m² heated exterior lagoon, a paddling pool for children, as well as three large water slides. The first two are respectively 64 and 61 metres long. However, the third, the SpaceBowl is an incredible and sensational attraction which never indeed fails to please parents or children, as long as they are more than 1.2 metres tall!

Amongst the other on-site leisure facilities, the Carabouille fairy's play area is a resounding success with children. With its mysterious island, its wooden tower, its slide and many other games, it is an adventure playground with a multitude of incredible entertainment for the very young! It is worth noting that there is also another playground within this Port la Nouvelle campsite, as well as a games room, bouncy castles, a multisports ground, a pétanque court, ping-pong tables and a cinema.

So as to have fun, youngsters also have the option of joining one of the two mini-clubs on the Côte Vermeille campsite, open during the high season. The children's mini-club welcomes those aged 4 to 13, and the teens’ club welcomes those aged 14 to 18 years. Every day the qualified play activity leaders concoct a varied programme of entertainment to suit both children's ages and expectations! During the Easter holidays and Ascension weekend, activities are also organised in the two mini-clubs open during such periods.

The Pays Cathare - a dream destination in Languedoc Roussillon

Although the Côte Vermeille enjoys such an idyllic situation, this is not solely due to its proximity to the fine sandy beach of Port-la-Nouvelle. Around the latter, numerous significant tourist attractions indeed await the curious.

For example, this is the case with the Réserve Africaine de Sigean (Sigean African Reserve). Situated 9 kilometres from the campsite, this is one of France's largest zoological parks, with more than 3,800 animals on-site belonging to 160 different species, spread over more than 300 hectares to the west of the Étang de Berre (a lagoon on the Mediterranean coast).

The other sites to discover during a stay at Port-la-Nouvelle include Narbonne's town centre and its numerous antique and medieval ruins, the Forteresse de Salses (a 16th century fortress) and the Abbaye Sainte-Marie de Fontfroide (a former Cistercian monastery). There is also the medieval city of Carcassonne, the Étang de Leucate (a lake located in the Pyrenées-Orientales and Aude) and even the multitude of villages and châteaux of the Pays Cathare, such as Minerve, Quéribus, Peyrepertuse or indeed Puilaurens.